I think I misjudged Abraham Lincoln's character. My expectations surrounding this movie involved a bit more of a Steve Austin approach. Like a "the emancipation proclamation says I just whooped your ass" type deal. Instead, honest Abe is more like the guy who won't make eye contact with you when he says excuse me. He speaks softly and carries a large...axe. Still, the true tale of how Abraham Lincoln abolished slavery and killed blood-sucking demons along the way is inspiring. I'm just hurt that my elementary teachers glossed over that part. Watch this movie. Do it now. 6/10. 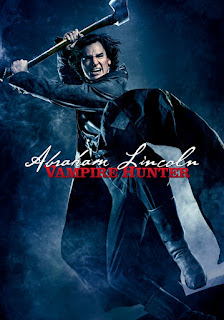 The genius of this film is how it markets itself. Like how are you supposed to incentivize the audience to watch it? It sounds cool as hell. The title and premise are like a fever dream conceptualized by a young boy who got bullied for knowing too much about history. Either you want to see the president kill vampires or you are lame. Obviously, it's funny, but take a step and appreciate how absurdly close to the fine line this lives. Could Gandhi fight werewolves? Who knows. Maybe. I want a Susan B. Anthony movie where she expels misogynistic spirits from old Victorian houses. I wonder how far the finished product strays from the source material. I wish I could have been in that board room. Henry Jackman, the music wizard behind Captain Philips, scores the soundtrack. Also, Tim Burton helped finance the movie from his own pockets. Anyways, there is the drunk philosophy intro for today.
In 1818, Abraham is a 9 year-old that oversees his black friend, William, beaten by a lash at the hands of a plantation owner. The character depicted in the film was Lincoln's real-life barber and valet as president. Growing up in Washington D.C., it is unlikely they had met in childhood, though it is a neat easter egg for social studies nerds. His attempt to end the violence results in the dismissal of his father from the plantation and the expectation that he pay his debts immediately. Thomas Lincoln refuses, and his employer Jack Barts, secretly a vampire, sneaks into the Lincoln cabin to suck the life from his wife, Nancy, in rebuttal. The next morning, she begins to convulse and Thomas suspects that she was poisoned. This historically lines up with Nancy Lincoln's untimely death at 34, likely a result of milk sickness. Milk sickness claimed the lives of thousands in the American Midwest during the 19th century, including the Sparrows, who had taken a part in raising her. 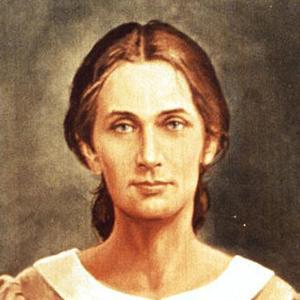 "Until every man is free, we are all slaves." - Nancy Lincoln, this movie
You know how sometimes you hear a hilarious joke, and then your friend just keeps going and going until the merit of the original joke is soiled? This movie is kind of like that, but for action-horrors. When Lincoln seeks revenge upon his mother's bloddlusting killer, it is fear-inducing. There is an element of unknown and uncertainty as he lurks in the dark corners of the dock, then suddenly jerks into a thoughtless animal of clawing, ripping jaws. The scene-building is brilliant. Next, he is being tossed about in a choppy camera mess of CGI explosions and poor, vertigo-inducing fight choreography. This phenomena can be seen later, when Abe's epic mental and physical training find him splitting a tree in what should be a triumphant moment of confidence. Or at least it would have been if I was 8 years old. Sigh.
Abraham's fist kill in Springfield is epic. The trap door mechanic is surprising and the struggle is actually intelligently crafted and depicted. Well done. The vampire transformations in this movie look brilliant in my opinion. Here, the picture begins to plant the seeds of politics in the future president. The writing sort of fumbles its way into the interweaving of his biographical career with fiction, but there are some bright spots that show care to detail, such as his storekeeping partnership with Joshua Speeds (Liam McPoyle). Alan Tudyk portrays Stephen A. Douglas. Oh, and the furnace kill is top tier.
Once Lincoln is arrested for defending Will and courting Miss Todd, the movie starts to display some real Shonen anime vibes. Voice-over flashbacks and motivational speeches build narrative enrichment, sharing in the corny, almost embarrassing melodrama. But it makes for good character-building. If he really loves Mary, the kindest thing he can do is walk away. The balance of career politician Abraham and vampire hunter Abraham is consigned unsatisfactorily. Even as someone who went to college to study history (lol), I wish they would have just leaned harder into you know, the vampire hunting part. Yes, this movie depicts the biographical aspects of Lincoln's life better than most documentaries. But the truth is that the movie is long as hell and seeing him campaign in the streets and sitting through vignettes of the Washington monument could have been cut with little recourse to the viewer.
The Sturgess vampire reveal is not surprising. In fact, I had accidentally assumed that he was a blood-suckling ghoul from his first on-screen appearance. Maybe, I was supposed to. What is interesting is the rule that brings ruin to Henry's existence: only the living can kill the dead. I am curious if this postulation has been commonplace in vampire lore or if the movie invented it. Vampire nerds, send me an email. His vampire origin, as dramatic as it is, is emotionally uncharged for me. This part of the movie is two-fold: it serves as exposition and a brief return to tragedy. Unfortunately, the scene only fulfills the first quota successfully. 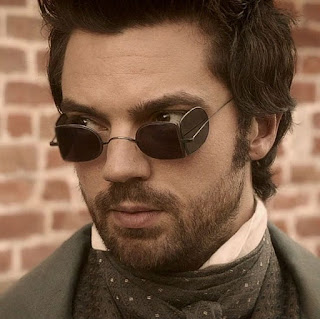 Do the 3-D glasses protect him from the destructive curse of sunlight? Shouldn't his skin explode or peel away with a shrieking sound effect? Please make a sequel.
If you make it to the New Orleans dinner party scene, you'll stop laughing. This is the precise moment that you will take back every joke you made on behalf of the man-power required to produce this film. You might have put this movie on to giggle with your friends as a joke and finished it with tears in your eyes because of this sequence. Director Timur Bekmambetov takes off the training wheels to pull off a sudden fright and frenzy of axe-twirling action, choreographed grippingly. The surprising slash of purple is glamorous showmanship seen rarely in films this dumb. And this time, they nailed the slow-mo.
Lincoln subsequently traded his axe for a podium, and rose to become the leader of a nation now torn. Amidst the mental weight of thousands of dead union soldiers, he guarantees the freedom of all enslaved peoples in the north by late September of 1862. In a cruel act of revenge, confederate vampires strike the heaviest blow of all - claiming the life of his young son Willie. Real-life Willie Lincoln had died of fever however seven months earlier. Mary Todd blames Abe for the death of their child, and he sulks for many days. Abraham Lincoln has been described by historians as suffering from "melancholy", a 19th century synonym for depression. Mary Todd was later briefly committed to an asylum, having lost three sons and a husband by 1871. She is pictured below beside Mary Elizabeth Winstead. 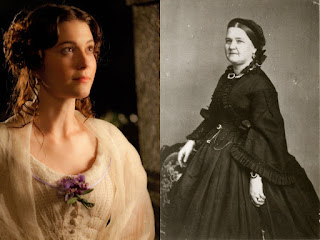 Honestly, the climax of this movie choosing to marry the Fast and Furious franchise and 3:10 to Yuma kept me pretty impressed. Lots of guns, vampires, and fiery railroads to keep the whole family glued. Lincoln plays the Price is Right illusion cup game with the silver aboard the train, and victory is awarded to mankind and not the demons. How many of us are related to confederate veteran-pires I wonder? I also wonder if Mary Todd knew how to fire a weapon as she did in the film. I could not find any historical accounts of her doing so. Leave a comment below if you have an appropriate source, or if you are Bolivian. I actually really dig the outro with Sturges, which I won't spoil in case you came here to decide whether the movie was worth watching, which spoiler alert: it is.
Abraham Lincoln: Vampire Hunter was released into theaters mere months before Daniel Day-Lewis's Lincoln and fared a bit less successfully, but who hasn't heard of it? Seth Grahame-Smith, who wrote the book the movie is based on, returned as scriptwriter on the film. He is perhaps more famous for his earlier publication Pride and Prejudice and Zombies, although he has also written for Marvel Comics and penned a non-fiction history of pornography. A sequel to the Abraham Lincoln book following the exploits of Henry Sturges was published in January of 2015. While the movie didn't break any box office records, its moderate popularity transformed what could be considered marketable. The next two years saw the release of Abraham Lincoln vs. Zombies and Hansel and Gretel: Witch Hunters. Neither of them made any money, but one does have Jeremy Renner, so I mean...you know.
What was your favorite part? What historical similarities did you find that I missed? Which real-life icon could you picture fighting demons from otherworld? See ya for the next civil war. 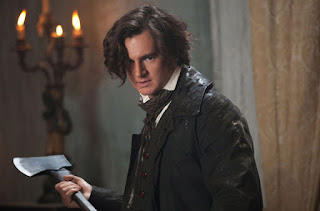