The straw has broken the camel's back. The good name of Charles Edward Cheese's Fun Emporium Wonderland for Children has been soiled like a diaper. Rumors have flown in swaths that the Chuckmeister reuses leftover pizza. I could get over that. I could forgive you, Chuckie. But you have betrayed my trust one final time. Si vis pacem para bellum, Charles. 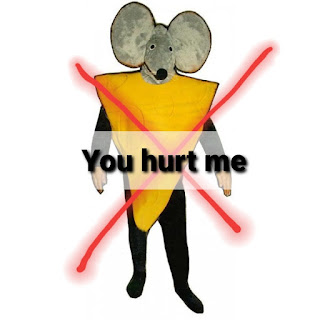 The first rule of blogging like a bitter and entitled millennial is to do your research. My research tells me this: 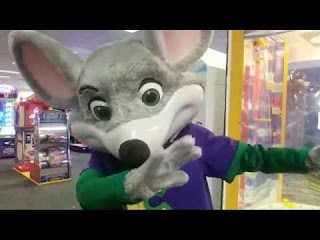 one dab for free pizza

Meet the Guys From the Group

The official title of the animatronic rock ensemble that ominously lurks about while your ungrateful crotch goblin snorts jelly beans at the restaurant is Munch's Make-Believe Band. Vice wrote an insane, unhinged history of the band I could never even hope to match. It's a commemorative piece detailing every incarnation of the group since its formation 45 years ago leading to its final stand and impending dissolution. Here's a picture instead: 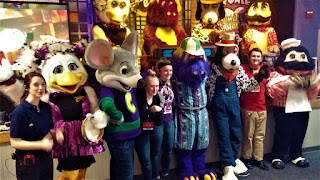 We all know Chuck pretty well these days as a skateboarding 7 year-old wannabe voiced by the singer of Bowling for Soup, but he was originally a wise-cracking New Jersey rat that smoked cigars and lashed out at fellow band members for playing too slow. 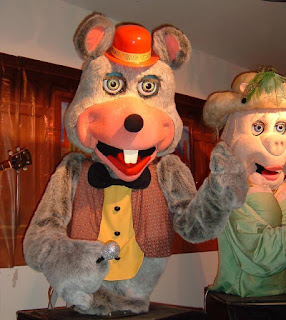 Helen the chicken plays the bass and tambourine, occasionally sharing lead vocals. Helen originally replaced Mitzi Mozzarella of the Rock-afire Explosion band when ShowBiz Pizza merged with Chuck E. Cheese's Pizza in 1992. Mitzi was conceptualized as a role model for small girls. She is pictured below. 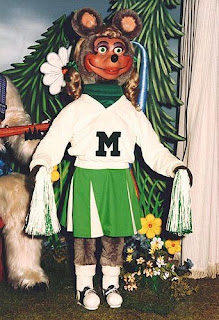 Mr. Munch likes pizza. He replaced Crusty the Cat, who wore a basketball jersey that said "swingers" on it and Fatz Geronimo, the master of ceremonies gorilla. Not kidding. Mr. Munch's catchphrase is "Thank you very munch!".

The ShowBiz Pizza fandom page describes Jasper infinitely better than I could. The entry states "Jasper is commonly portrayed as a rather goofy redneck dog. In the days of the Pizza Time Theatre, he would uncontrollably laugh at almost any joke, much to the major annoyance of Chuck, who would often yell "TURN OFF THE FRUITCAKE DOG!", which would cause the backstage technicians to supposedly turn off Jasper, which would stop his laughter and calm him down." I laughed. We will cover Pasqually later. 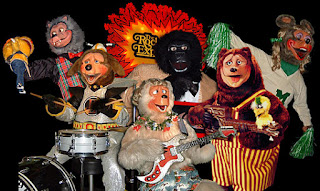 The Rock-afire Explosion band that was made obsolete in 1992. The band was praised for its cutting edge animatronic technology throughout the 1980s.

Chuck E. Cheese's plan to remove the make-believe band and game tokens is strike one. Strike two would be the rumor that the restaurant recycles leftover pizza, but this would force me to use YouTuber Shane Dawson as a credible source, which I refuse. Former employees are quick to exclaim that this assertion is false, as well as the official franchise Twitter page. Choose your own adventure. 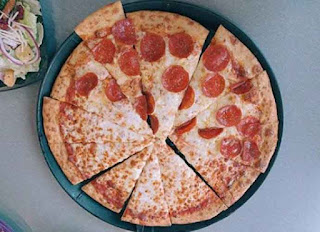 New to GrubHub is a budding delivery joint called Pasqually's Pizza & Wings. Here is a look at their website. Looks unassuming, and the cookie pizza seems superb. Anxious to support local businesses amidst the COVID-19 crisis, a reddit user discovered the new takeout place and had it delivered. The twist ending being that the driver picked up her order from Chuck E. Cheese. Itching to make a few bucks during a global pandemic, Chuck E. Cheese has disguised its kitchen as a takeout only wings restaurant and fooled Americans by naming the service after their resident chef mascot Pasqually P. Pieplate. CEC has confirmed that Pasqually's shares a ktichen with Chuck E. Cheese entertainment, but that the sauce is thicker. The reviews are not convincing. Their is a small disturbance of the populace who feel betrayed by the tactic and are boycotting the product. Applebee's has followed in their footsteps and readdressed themselves as Neighborhood Wings on delivery apps. My opinion? It's fucking hilarious. I think it's so tremendously funny that I've been laughing for the entire three days I have spent on this article. I'm still giddy. I can't even believe it. In fact, I can't wait to try it. 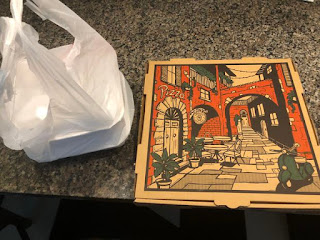 photo by Stephanie Hayes, who ordered on purpose for journalistic purposes
By Louis Stevens at 22 May
Email ThisBlogThis!Share to TwitterShare to FacebookShare to Pinterest
Labels: Life & Leisure
Newer Post Older Post Home