In Nova Scotia, Canada a shameful legend is awake. Not a star athlete or musical virtuoso, not even an urban rumor of strange creatures long since asleep. Rather, this legend is about a man that up until recently was deemed yet another work of fiction and viral teenage prank. A spectre that preys on young drunks of Halifax in the night. A legend that...forces you try on his gloves and drive his car? Following years of assumed fabrication, the stories have begun to come spewing out in abundance. Most victims had deduced that they were alone. Now the truth is out, and here are their stories...Beware the Halifax Glove Guy! 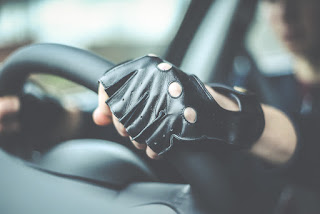 There are now officially over 200 accounts of the same story: a young intoxicated man accepts a ride from a stranger who forces them to try on tiny leather gloves and moans with each one. Hilarious, right? No.

"Last weekend I was on my way back from downtown walking alone on Spring Garden road scouting for a cab when a well dressed guy in a black SUV pulls up beside me and asks if I'm looking for a cab. I said yes, he asked where I was going and I told him. He said he was headed in the same direction and that he offers rides around town on the weekend. Thinking this was some friendly guy running his own Uber service, I got in hoping for a cheap ride home and handed him $10 out of my pocket. I'm 6'3 and 200lbs so I didn't feel threatened. Stupid of me.

The guy is wearing a leather jacket and leather gloves, and as soon as we're driving, starts talking about the business he has selling leather gloves. He gives me his business card. At this point I think he's just a quirky salesman with a small business which he promotes on the side while driving people.

When we get near my street, he tells me he wants me to try on some gloves. He is very excited about his gloves and despite being a bit weird I thought I'd humor him, give his business a chance and then tell him I wasn't interested and be on my way.

He gives me a pair of leather gloves which are extremely tight to fit on my hands and I start to put one on, despite it obviously not fitting. He then prompts me to pull the glove right on and thread my fingers together to stretch it on properly, and shows me how to stretch the glove by pulling on it and making a fist. At this point I'm getting extremely wierded out by the whole thing, and we turn onto my street, when he pulls over and encourages me to put the other glove on too. While this is happening an obviously drunk girl walks up to the window to ask for directions. I go to open the door to talk to her, seeing a good excuse to dip, and he says "No, don't open it" or something along those lines - I think he actually hit the window lock button too. She asks me for directions from outside the car and I point her on down the street. I turn back to the guy and he has a "better fitting" pair of gloves for me to try on. At this point I should have gotten the fuck out of there but I just told him "Okay I'll try them on and I have your card so I'll get in touch if I like them," this seemed like the least confrontational route out of his car. Again they are ridiculously tight and he has me stretch the gloves. This time it becomes extremely obvious that he has a fetish for young men wearing leather gloves and this is how he gets off. As I stretch the glove onto my hand, he starts breathing heavily and telling me how to stretch it. I had to physically turn and look down at his hands to make sure he wasn't jerking off, because it sounded like it from his breathing and the way he spoke. I was pretty drunk and too uncomfortable to voice concern or contend with his requests. I felt like I would have been behaving weirdly if I straight up turned down his attempts to have me model and buy his gloves. I did what he said for a while and stretched the gloves pretending to be interested/consider buying them for what felt like an eternity and then said "Anyway that's great but I should really get home, I have your card", at which point he acquiesces and starts driving down the street again. I had him drop me a block away from my house and hid in somebody's yard around the corner to wait for him to leave, which he did after idling there for 5 minutes."

The perpetrator, referring to himself only as MJ, is famous in the municipality. Various witch hunts have been assembled to bring him down, and court cases brought against him in 2016. MJ has since posted on Facebook that he recognizes that trying to promote his glove company during the early A.M. was probably not his most brilliant idea. Club Dusey is not attempting to suade you in any direction, and we would not release his information even if we had it. I'm just a boy from Ohio. 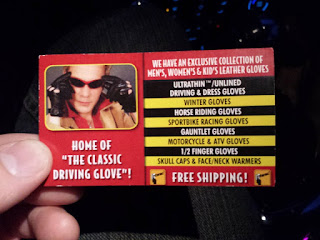 Here is the account of Andrew Blackbird, a bartender, from a rather famous encounter with the Halifax Glove Guy, interviewed by VICE:

“He gives me a pair of leather gloves which are extremely tight to fit on my hands… He then prompts me to pull the glove right on and thread my fingers together to stretch it on properly, and shows me how to stretch the glove by pulling on it and making a fist. I turn back to the guy and he has a ‘better fitting’ pair of gloves for me to try on. This time it becomes extremely obvious that he has a fetish for young men wearing leather gloves and this is how he gets off.”

He adds, "The whole time I was doing that he's, like, looking at me and, like, fucking rubbing his leg and shit. He's like, 'How do they feel? How do they feel?' and breathing really hard. In my head I was like, 'Jesus Christ,' but I just told him, 'They feel good.'"

My research has continued to remind me of the chaotic and absurd nature of nightlife. These stories sound like an episode of It's Always Sunny in Philadelphia gone wrong. As a consequence, there was an important conclusion I never made because:

1. I've gotten too close to the story
2. I'm a cotton-headed ninny-muggin

And the conclusion is this: the potential assault of young men is not taken seriously. Novia Scotia sociologist Robert Wright has weighed in on the danger of the warning signs present in these situations, as well as the fact that virtually no sexual assault cases against this demographic are actually reported. He runs a support group for this exact population, doing honorable work. You can read more about it here. 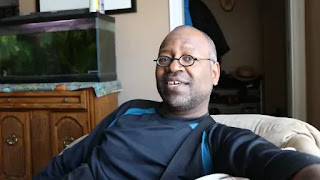 First impressions of this mystery may bring a laugh to your lips, it did mine. However, you have to imagine how confused and frightened some of the victims had been...and who knows what horrid memories live on only in their traumatized minds. Otherwise, I hope you were as baffled as I was.
See you soon, Canada. Goodnight!

“r/Halifax - So I Was Confronted by This Mysterious Man in Tim Horton's Parking Lot, Bayer's Lake This Morning at 5am... Details in Comments.” Reddit, www.reddit.com/r/halifax/comments/2bxxli/so_i_was_confronted_by_this_mysterious_man_in_tim/.