The true masters of short-fiction horror (Poe, Lovecraft, King) built eerie tales that long outlived them in the form of our nightmares. King is of course still crafting and conjuring terrifying works of prose. Why do we continue to cringe when our mind goes to that dark space where we recall these stories? They fill you with dread. No jumps scares, no cheap bloody gushing, just good ol' fashioned, stomach-churning raunchy campfire dreadfuls. You are about to be introduced to the most disgustingly abominable of them all, I Have No Mouth, and I Must Scream. 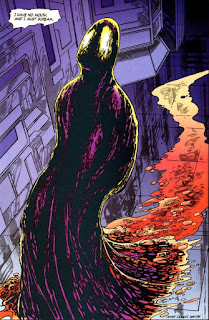 From the comic adaptation by famed writer/artist John Byrne


Harlan Ellison of Cleveland, Ohio is...an interesting fella. He published nearly 2,000 works of writing that stretches from short stories, movie scripts, a critically acclaimed episode of Star Trek, and compiled science-fiction anthologies. What's funny is that often instead of being recognized for his illustrious bibliography and award shelf containing multiple Hugo, Nebula, and Edgar Allan Poe awards, he is mostly remembered for being a combative prick. Ellison himself confirmed he was expelled from the Ohio State University after attacking his professor for criticizing his writing. He also proudly attested to his sending of over 200 bricks and a dead gopher to a publisher over a dispute. There are many other physical altercations to read up about, as well as four divorces if you fancy continuing the research. If not, here's a .pdf of the story. 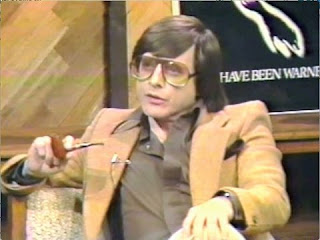 I Have No Mouth, and I Must Scream by Harlan Ellison


What I strongly recommend after reading this story is to quietly turn off your computer, leave the room, and chuck it into the nearest lagoon. It's hard to process, I know that. It's unspeakable in fact. Why did this imaginative horror ever make it to print?

Historically, the story is published at the exact time to resonate with mankind. The fear of the unknown, the dangers of technology, and rising Cold War tensions were fresh in the minds of 1967 America. Ellison addressed concerns of the every man and stirred them into a pot so disgusting and moist, the smell made every reader ill. If the populace wasn't paranoid before, it was now. Luckily, in the fifty years past, AM has yet to manifest itself in the physical domain. Not that we aren't inching closer by day. Let's begin with the characters.

The narrator and sole survivor of AM's torment is Ted. Ted is a young lad, albeit a man indeed. This is of course in spite of the 109 years of torture he and the gang have endured unendingly since the extinction of mankind at the hands of a supercomputer. He appears to be quick-witted and self-aware. I imagine however, there was much time for self-reflection in the belly of AM. He acts quickly to seize freedom at the hands of a small spear formed from ice and is kind to the others mostly, even if he resents them. While the 1995 computer game expanded the character lore of our protagonists, little is said about them in the actual source material. The same is true for Ted. He remarks confidently that the other four have been drastically changed to entertain the computer, and to spite them. He asserts that his state of mind has not been altered and the others have grown hate for him in response. While possible, Ted is keen to broadcast paranoia throughout the story. He is perhaps an unreliable storyteller, asserting "I was the only one sane and whole. Really AM had not tampered with my mind. Not at all.” I am not so sure, what do you think? Of course at the conclusion of this dastardly tale, Ted is transformed into a slimy, terrible bubble of incapability. He describes himself thusly, "I am a great soft jelly thing. Smoothly rounded, with no mouth, with pulsing white holes filled by fog where my eyes used to be. Rubbery appendages that were once my arms; bulks rounding down into legless humps of soft slippery matter. I leave a moist trail when I move. Blotches of diseased, evil gray come and go on my surface, as though light is being beamed from within. Outwardly: dumbly, I shamble about, a thing that could never have been known as human, a thing whose shape is so alien a travesty that humanity becomes more obscene for the vague resemblance." 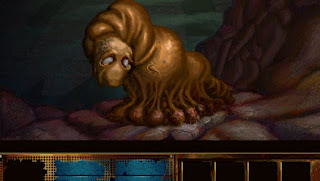 The conclusion of IHNMAIMS, as depicted in the computer game

Gorrister, a former truck driver, is another case of strange inconsistencies that leave the reader curious as to the extent of AM's alteration. Gorrister, once a passionate and proactive political member of society, has been mentally handicapped to the brink of indifference. He was a pronounced conscientious objector with a "can-do" attitude. He now solely wishes for death, a fate that ironically, the war could have given him. Did the computer truly change Gorrister's personality entirely? It's more likely in my eyes that 109 years of torture did that for him, with no alterations required. The exactness of my conjecture is never confirmed, nor denied. Gorrister refuses to see a glimpse of hope in traveling to the ice cavern, knowing that AM would not have him starve and risk losing a plaything. Gorrister is also content to see the bird monster tear apart at the humans. Here is an interesting dilemma; the one deliberate action Gorrister makes is to attack Ellen when she attempts to stop Benny. Does he know Benny is doomed to die and does not wish for Ellen to prevent his salvation? Does he resent Ellen for her love of Benny's genitalia? Is he misogynistic or is Ellen an easier target for his frustrations? In any case, it is the only purposeful action made by the shoulder-shrugger in the story. I have investigated whether there is any significance to this character's nontraditional name, coming up empty-handed.

Nimdok is the most obscure character of the short story. His name has been altered by AM to resemble a set of sounds the machine thinks is pretty funny. My question is, how do you enforce a name change as a computer? Perhaps I do not want to know. The man's identity is rather muddled, but he bares German nationality, perhaps even as a Nazi or sympathizer. Nimdok has a strange, unexplained relationship with the god computer. He often disappears for great stretches of time, returning pale and drained of blood. This is never expanded upon. It's possible the computer was using his energy as a life source or collecting thoughts from him. He may have been collecting memories or glimpses into the thoughts of humanity. We will never know. In the video game, his characterization is greatly fleshed out, but may change the original intent of the tale. Nimdok is now portrayed as a Nazi butcher with amnesiac tendencies.

Prior to Ted's eternal damnation, Benny seems to be the focal point for AM's devilish behavior. Once a brilliant scientist, Benny devolved to require constant nurturing and guidance. He has become a child-like ape creature who bumbles around unable to communicate truly intelligible ideas. The dullest fact of all being that Benny is about to experience much worse. Benny, previously a homosexual, has become Ellen's favorite mate because of his monster dong or whatever. We'll get to that one. To me, Benny is the most intriguing character. He serves as a reminder to the others of what AM is capable of, and how despicable he can be if you displease him. Benny, in an instinctual escape attempt is painfully and graphically rendered blind. Whether Benny can truly appreciate this in a thoughtful way is left unknown, but he certainly felt the hurt. The climax of the story of course begins with another animal-like gesture by the ape-man: gnawing and tearing at the face of Gorrister.

Ellen, the clear outlier of the gang, is quite the vessel for altering the reception to this story. The only character whose race is mentioned is a dark-skinned female described by Ted as a former prude. Her sexuality has a clear role in the tale, for reasons better or worse. I think Ellison's misogyny shows through in parts, even if only for shock value. Ted remarks specifically on her once precious virginal tendencies, whereas she has now been reduced to an object of sex. Ellen can now only satisfy her need for affection in a sexual arena. In addition to spite, AM probably made this change because its entertaining to him. Ted also mentions that the machine would giggle at the sight of intercourse. I think Ellen liking Benny's donkey dong the most is a strange example of men trying to write women and failing, but contextually it makes sense. However, Ellen possibly could be a perpetrator of manipulation with Ted unable to see the full picture. Ellen may take one of the boys out of turn to show thanks and has been known to cry in an attempt to get her way. It's up to you - is she morally bankrupt in some respects or is she (and dare I say it) human?

And now for the elephant in the room: That AM guy is a piece of shit. There is not much to say in conjecture to the character of the supercomputer aside from the subtext in IHNMAIMS. Ted's dream, which may have even have been planted by AM, seems to be the most probable. AM was programmed to hate and to kill. It is all he knows. This is why he was invented. And now AM is everything. All that ever will be is hate. The computer game and 2002 audio-drama expand upon AM's jealousy in great detail. It is easy to see why the computer may despise the human race. However, this does not make AM a sympathetic character in my eyes. Other reviews are quick to say that there is a side to him that is desperate and relatable. I disagree. That's the beauty of interpretation.

So tell me, what does this story say to you? Does it remind you of technological advances, war, totalitarianism, or others? There is a lot to digest and consider. Is it any good? Is Ted crazy? Take a deep breath. If you are morbidly fascinated with the story, consider checking out the 1995 computer game developed by Cyberdreams. It expands considerably on the pasts of the characters and introduced new elements to the maze of terror that once was planet Earth. Also look into other Harlan Ellison tales "Repent Harlequin!" Said the Ticktockman and The Beast That Shouted Love at the Heart of the World. I almost wish there was a sequel. Try to appreciate the irony of the nonexistent can openers appearing at the story's conclusion. Now go read a nice book and take a bath. 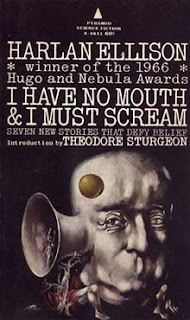