Jimi Hendrix, Kurt Cobain, Amy Winehouse, and the lizard king, Jim Morrison. All musicians that knowingly or not joined a mysterious group of entertainers who left the great green Earth too soon. These prominent figures, among others like Janis Joplin and Brian Jones, played an unfortunate part in creating an undeniable mystique surrounding the seemingly cursed age of twenty-seven. Club Dusey presents whatever mildly unethical or otherwise crass information and conjecture that can be scoured from the far corner of the Google front page. What did we find? 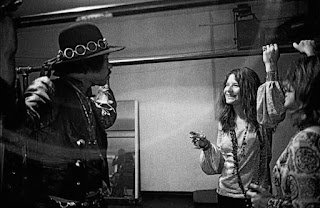 Regrettably, for anyone with a heart, over 40 celebrated musicians can now stake claim to having passed at the ripe age of 27. A comprehensive list can be found following this link to spinditty.com.
While most members joined via self-inflicted pains such as overdose or suicide, there are more than a handful of car crashes, and interestingly enough - murders. Another anomaly I noticed is that jazz and blues musicians of old seem to fall victim to the stranger fates.

Legendary guitarist Robert Johnson didn't quite seem to die, he simply vanished from the records. This can likely be attributed to the fact that the year was 1938, and he was a man of color found outside a field in Mississippi. His death certificate was not uncovered until music researcher Gayle Wardlow discovered it in the 1960s with no cause of death listed. While likely a carrier of congenital syphilis, conjecture will always be in the open given how much of Johnson's life itself was a mixture of myth and reality. Popular rumor of the time included him selling his soul to the devil in exchange for godly guitar chops, so who knows really. He was posthumously inducted into the Rock N' Roll Hall of Fame during its debut ceremony of 1986. 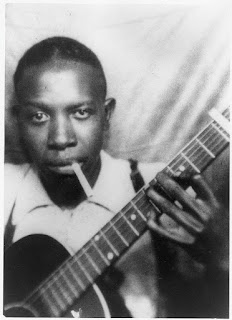 Louis Chauvin of ragtime fame passed following a battle with neurosyphilitic sclerosis, which led to a coma that starved him to death in 1908. He left three compositions that later found success with genre icon Scott Joplin. He left no recordings of his playing ability. Brazilian pianist Alexandre Levy is generally dubbed the first member of the club, having passed in 1892. His COD is not known. Fellow piano player Nat Jaffe suffered from fatal complications associated with blood pressure.

Here are some of the more wild cases that elapsed more recently:


For conspiracy theorists, the 27 club is the gift that keeps on giving. It has also spawned the rumor of the white lighter curse, a theory that connects the famous entrants of the 1960s to the possession of a Bic brand white lighter. Many supporters will be quick to reference Kurt Cobain's autopsy report that explicitly notes the presence of this device. However, he is likely the only of the bigger names to actually fit the criteria. The Bic brand disposal lighter did not begin to be produced until 1973, removed from the past deaths of Morrison, Hendrix, and Joplin. Notably however, Cobain and the others are all left-handed. More can be read about the whit lighter myth following this link to Snopes.com.

Music journalist Charles Cross claims there is a statistical spike for musicians at 27 to die, despite the risk factors remaining the same for the age group before and after experiencing similar circumstances. This includes the adjusted assumptions associated with fame and touring among other factors. However, the spike is real, as unnatural as it seems. In recent years, mostly in response to the untimely death of Anton Yelchin, the club's membership checklist has been debated. Some more recent iterations include actors and other famous entertainers, such as visual artists and poets alike. Yelchin's sudden demise struck many personally and reminded the populace that lady luck still targets celebrities alike. Yelchin was pronounced dead after his Jeep Grand Cherokee rolled down and pinned him between the door of the car and a brick wall. It is the only such incident across the United States to have been recorded in 2016.

While I hope this article has been informative and interesting, it is important to recall that these were all unique people who lived lives as deep as the rest of us, destined with isolated experiences. Club Dusey will never exploit death or look to take advantage of sensationalist media. If you were looking for a Kurt Cobain conspiracy article, you came to the wrong place. Even if he will one day warrant his own spotlight on this little website. Who do you feel is an underappreciated musician or artist that passed too soon? Please honor them in the comment section below. Go and be merry, check on your friends, and tell your mom you love her. Peace. 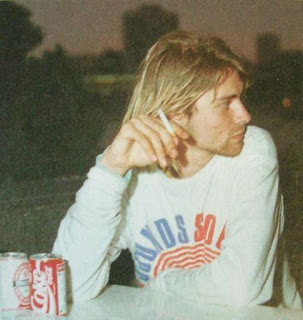