A Snapshot Look at the Polaroid Instant Camera

Retro culture is the newest obsession of the 2010s, from the resurgence of vinyl records to the 80s setting of every other Netflix classic, to the revitalization of the polaroid camera. Even Rick James was a fan. In an age where digital cameras on a handheld phone can generate photos with at least 50x more detail, why is the market for vintage photography as popular as ever? Let's shake it. 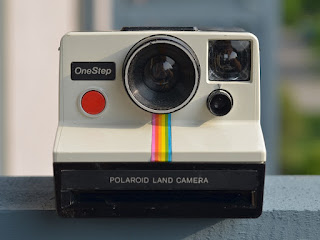 While other instant cameras would later gain mass popularity in the 90s/2000s, Polaroid was the first to construct one that was widely available, affordable, and not a complete cancer to operate. The Polaroid Corporation was founded as far back as 1937 and saw its greatest growth under its founder, Edwin H. Land. The word "polaroid" itself is derived from the material within plastic sheets and creates light polarization in film. Land had attended Harvard University, founding the company in 1937. He had already accrued a reputation as a scientist and looked to market polaroid technology in a business that would chiefly produce sunglasses. The Polaroid film proved versatile in several other common devices, seeing use in the development of 3-D glasses, window frames, and jukeboxes. Land's inventive mind came to great use in the second world war, where he worked in teams that developed the vectograph and the first guided smart bomb. The vectograph itself is super interesting for any history nut to look at, being a tool that highlighted camouflage wearers in aerial cameras. Pretty nifty. 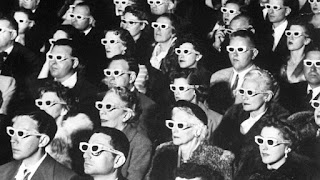 The instant camera prototype was first presented in 1923, but had a much different design. Essentially a portable darkroom, Samuel Shalfrock's invention never gained a following and the technology was mostly abandoned in favor of the quality produced by legitimate photography set-ups. That is until 1948, when Edwin Land introduced the "95 model" Land camera, baring his namesake. The technology was affordable and market-friendly, becoming an instant hit. The secret was this: A compound acting as a reactant causes a sequence of diffusion when triggered, flipping colored dyes within from a negative to a positive. 15 years later, Polacolor film made a range of shades possible using more intricate technology that relied upon a beam of light striking a main colored negative that obstructed these negatives' complementary hues below. The Polaroid SX-70 would later perfect instant color technology, first unveiled in 1972.

Another popular model that solidified the brand's market dominance was the Polaroid Model 20 Swinger, featured beneath. It was produced beginning in 1965 and enjoyed a five year run that sported countless adverts and sales visibility. Weighing just over a pound and available for a measly 20 wahoos ($160 when adjusted for inflation), this invention became one of the best selling cameras of its generation. The camera displayed the word "YES" when a photo was ready to be taken. Here is a 1965 commercial featuring the product, courtesy of our friend the YouTube.

The Eastman Kodak Company founded in 1888, (yes that number is correct) was another pioneer of affordable photography, and became a thorn in the side of the Polaroid Corporation, along with Japanese powerhouse Fujifilm. The color Kodachrome film of Paul Simon fame has even existed since 1935. Anyhow, by the year 1976, Kodak was selling nearly 95% of the total film bought in the United States along with approximately 85% of the nation's cameras as well. They had also invented a digital camera prototype a year earlier. The Kodak Company however began to fly too close to the sun, launching its own instant camera, named the Kodamatic and using almost identical technology as its rival, Polaroid. Land's company would go on to successfully sue Kodak, ending their production of instant cameras and putting them on the wrong side of a court order payment of nearly a billion dollars. Kodak never truly recovered, bumbling into the 21st century and declaring bankruptcy in 2012. Ironically, the company credited with inventing the digital camera was bankrupted almost directly as a result of failure to adapt to this medial type. Kodak survived only by selling its patents to conglomerates such as Facebook, Amazon, and Apple.

Kodak was not alone in their bid to replicate the success of the instant camera, the most lucrative venture being steered by FujiFilm who would outsell Polaroid themselves through most of the nineties. This company notably used Instamax film, a still popular brand that can be found at nearly any big box department store. Less successful copycats faded away with time, including attempts by companies Keystone, Minolta, and Konica...they didn't do well.

Despite the high monetary gains at the hands of Kodak and reputation of the brand, Polaroid's demise was already beginning to spiral. In a poorly planned effort to innovate once more, the company unveiled Polavision in 1977, a home movie product based upon the principals of Dufaycolor techniques. While nifty, this technology hadn't been considered new in nearly forty years. Not to mention, videotape home recordings were already proving to be best-selling products. It has been estimated that this mishap would eventually cost the company in the ballpark of 89 million dollars. Edwin Land, who founded and chaired the company since its inception decades ago was forced to resign in 1982. He lived quietly for a decade more, dying in March of 1991, aged 81 years. 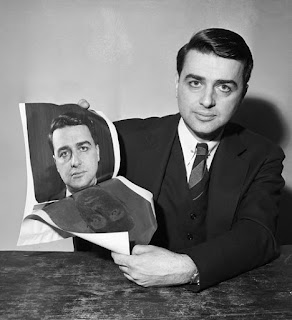 Without the guidance of its leader and the takeover of digital technology, Polaroid faltered until it reached the bankruptcy finish line shortly into the new century, officially declaring in 2001. The company's assets were sold and name licensed to various subsidiaries. Polaroid would actually file a second bankruptcy when the last factory was sold in 2008. The factory was sold to a company of enthusiasts from the Netherlands, headed by 28 year-old CEO Oskar Smolokowski with the intent to reinvent the famously nostalgic instant camera. The project, aptly named the Impossible Project, began producing a line of "Polaroid Originals" which have somehow become wildly fashionable. The website even has its own Stranger Things section. A fresh pair of eyes and keen awareness for the market of nostalgia have somehow brought life back to a twice dead camera company. You can buy a Fujifilm or Polaroid instant camera at nearly any name brand hobby store or Best Buy near you. So long live nostalgia, long live impatience, long live blurry memories. Here's one of my favorite memories, so go make your own! Oh, and I hope I learned you something too. 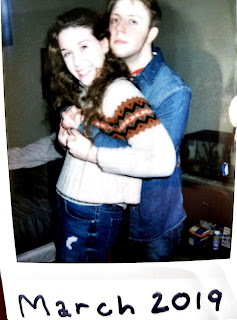