Is there anything innately wrong about willingly signing up for six hours of unrelenting torture? No. Is there anything illegal about being paid to work for an organization that would provide this service?  Not necessarily. Are you mentally damaged and irresponsible for operating said business? Probably. Welcome to McKamey Manor. WARNING: THIS POST WILL LIKELY CONTAIN IMAGES OR DETAILS THAT ARE GROSS AND MAY BE OFFENSIVE. 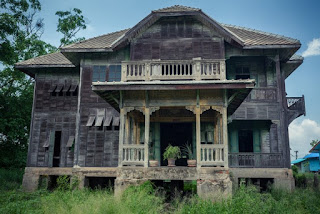 Founded in San Diego but ever moving, there lies a friendly little place called McKamey Manor. It's advertised as an extreme haunted house that exposes its guests to forms of terror and psychological torture that are claimed to be unmatched across the globe. It's obviously extreme and gross, so where does the moral compass land? Let's get right into it.

The manor does not charge any fee to enter, but owner Russ McKamey is happy to take dog food donations. While the house is advertised as the most extreme in the world, its requirements for entry are equally as intense. Here is the teensy weensy list of prerequisites, which can be found at https://www.mckameymanor.com/.


It's a little hefty, but McKamey does promise a physical haunted house experience unlike any other. The waiting list sits at over 25,000 names as of 2015. Bizarre. According to the owner, no one has ever completed the full tour.

The manor began as a passion project sitting in his own backyard by Mr. McKamey, a retired veteran. He himself has warned against taking the plunge, in interviews he has sternly professed, "You don't want to do this." Great advertising, right? Some ask how far the haunted house is willing to go, but McKamey claims he doesn't like to use cuss words or anything sexually fueled in his shows, so it's nice to see he's a decent man. Mr. McKamey seems to be mostly all there, barring his strange fascination with running this circus show gone wrong. However, he comes off as a bit of a tool in my own humble opinion. He's quick to call critics of his passion project anything from haters to liars and refuses to release any footage of the experience outside of promotional material. Perhaps the manor has even more to hide behind its doors. The house was recently featured extensively in the 2017 documentary Haunters: The Art of the Scare available on many streaming services. There are now two new locations based in Hunstville, Alabama and Nashville, Tennessee for your convenience. 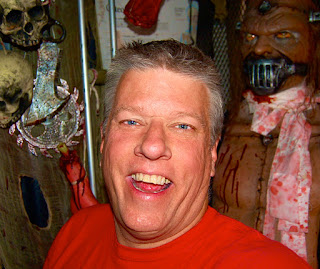 Experiences are customized to terrify the visitor from the darkest depths of their own personal fears. While all these visits are unique, some actions towards guests over the years have included fingernails pulled, forceful haircuts, being forced to eat unknown substances, being bound and gagged, being thrown into a cage, and having a run-in with cockroaches. The day of the fun, guests are often brought to the parking lot outside where they wait for showtime. They are usually approached by masked figures who forcefully abduct them and drag them into the house where the real spectacle begins. McKamey claims that he always informs the local police department when the show takes place so as not to alarm them, although he has had to deal with the force on occasion.

While this all sounds really amusing, there are obviously many glaring concerns that come with such an exhibit. Until very recently, McKamey Manor had no safe word. A short controversy taking place at the San Diego location involved a woman named Amy Milligan who claims to have sustained multiple aching injuries and permanent mental trauma. After being waterboarded for quite a while, she felt she was certainly on the edge of drowning and called out for help, only to be laughed away. After speaking out about her experience and inciting backlash from McKamey, Russ released footage of her experience to the public, which Milligan declares was heavily edited to omit many of the harsher acts she sustained from her visit. You can read more of Amy's story here at the San Diego Union Tribune.

This is where my spider sense begins to tingle about ethical concerns. Yes, she signed a waiver that covered these sorts of potential issues, but how far is too far? Give me your thoughts in the comments. What is too far for you? Should there be tighter rules for attractions such as this one to adhere by? Who was in the right? You decide. Please do yourself a favor and search the house's name into google images to get a good idea of what goes on here because I can't feel good about sharing them here on my blog. Goodnight, everybody. 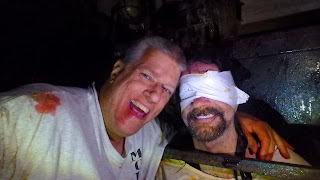