The Amityville Horror was brought to the screen as an adaptation of Jay Anson's 1977 novel of the same name, a true story. Well, allegedly. Whether you believe in your Grandpa Ernie's ghost stalking your bathroom or not - its a pretty scary movie. And maybe it's so unsettling because it is true. Endlessly debated, including ever-changing testimonies of killer Ronald DeFeo Jr., the film and book are surrounded in strange controversy and muddled details. But if anything is guaranteed, it's the longstanding watch-ability of this 1979 classic. Spooked by haunted houses and long articles? I give it a 8.5 out of 10. 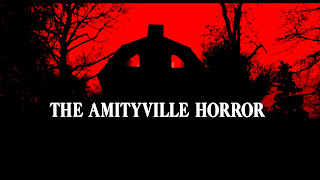 Okay, let's ignore the movie for a hot second and take a trip through history to the very far away and barbaric year of 1974. On the evening of November 13th in a local bar, a man ran into the pub, exclaiming, "You got to help me! I think my mother and father are shot!". A small party of friends and acquaintances joined young Ronald in an investigation back to the house, where it was found that actually- everyone was dead. Six total family members of the DeFeo family were shot and murdered. Suffolk County Police Department conducted a more advanced seizure and identified the victims as, yes, DeFeo's mother and father, but also four of his siblings, killed by rifle fire near 3 a.m. In the film, the time of 3:15 a.m. is central to the sequence of events that unfold in the unsettling atmospheres of the dark night. It is not conclusive just how many members of the family were awake at the time of their demise, but it is suggested his parents were conscious in their final seconds. Every body lay down at the time of their finding by police. Ronald was brought into police custody initially in regards to his safety, but remained for questioning, where details emerged from his retelling that prove incompatible with his first recollection of the events.  He soon confessed, and was subsequently tried and convicted on six counts of second-degree murder. His lawyer attempted to plea for insanity, as DeFeo claimed he had heard voices in the darkness. He is now serving a fitting six life sentences in a correctional facility found in the southern tip of New York state. Over the last forty years, DeFeo has changed the story a handful of times including claims of a family conspiracy to kill him, his sister Dawn acting as the primary antagonist, and several others can be found with a bit of research.  All in all, the murders are an interesting and troubling occurrence, which fascinatingly enough, acts only as the premise for the actual hauntings. 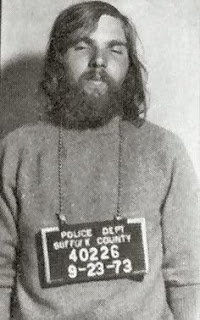 Phew, back to the movie. The film opens with a happy scene concluding the purchase of the New York property by newlywed couple George and Kathy Lutz. In an unfortunate series of events, hi-jinks ensue and unexplained happenings build with frequency until a breaking point is reached. For the purpose of analysis, I won't dwell on the plot because 1) it's a horror standard and you're likely familiar with the basics and 2) there is just so much more to explore aside from this.

One of the coolest aspects of the film is that the best characters are the ones that never say a word. The house itself is phenomenally animated in the sense that it is truly alive and makes you respect its presence. The lighting techniques and directorial choices that highlight the monstrous nature of this Long Island home is effective and ominous. The opening shot of the film, featuring nothing but opening credits and the house eerily looming in the background and stalking to the sound of chanting choirs is among the best in the genre. Jody, the instigator of trouble, is one of the most interesting plot-driving characters because you are left what exactly what her intentions are or better yet, what the hell "Jody" is. When the door slam shuts on the babysitter and Amy simply watches, you can almost detect Jody's satisfaction, though she cannot be seen or heard. Most of the spirit's personality is left unexplained until Amy finally reveals Jody's wish for her family to "stay and play forever". Even the dog has personality, probably more so than some of the children. However, the most interesting character of the film has to be Father Delaney. One of  the weaknesses of horror is often forgotten or groan-inducing subplots that make you wish you had seen the movie your girlfriend wanted to pick. The subplot involving Father Delaney's battle with faith and the tension between himself in the church is engaging and heartfelt. A man who knows he must help, but is forbidden is a relate-able plight and his character arc is surprisingly thoughtful. The house somehow destroys his sense of self from afar, and though Delaney understands this well, he is helpless to its painful grip on his soul. Rod Steiger's creepy monologue in the church is succinct and engaging, built almost entirely made possible by the abilities of the actor. MVP.

The best part of this haunted house film is that in a genre that is chockful of forgettable entries, the movie is never quite about the house. Yes, I understand how absurd this sounds, but the main idea is that this haunting is only bringing about the neglected sides of the family's minds and personalities. I won't say the movie is "deep" because that may never have been the intention, but the demons the Lutz family is battling are mostly issues that stem from themselves. Author Stephen King once suggested that the film is truly about the stress of finances, evidenced by the turmoil caused in conjunction with the missing money meant for the caterer as well as the lofty purchase of the home themselves. The movie also sees a touch of domestic violence in the form of George's transformation from loving husband to erratic sociopath, culminating in a strike to his wife, Kathy. Watching this film in 2018, that critical moment was the most shocking scene of the flick. I felt sick to my stomach. George's possession is really intriguing and his obsession with feeding the fire is more than clever symbolism. Perhaps the pacing is odd, but the story is exceptional, true or not.

This film aged particularly well in my opinion, likely because it never relies on special effects to generate scares. Instead, the film tests your sense of dread and plugs your mind with relate-able, but horrific situations. Parts of this film, notably the unearthing of the gateway in the basement, are legitimately unnerving. This is a pretty famous one, so I'm curious to see what everyone's thoughts are! If you have read the source material and the book, which do you prefer? Why? Also feel free to complain about the remake below, even if it contains stupid sexy Ryan Reynolds. 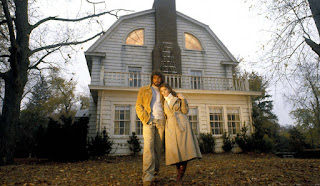